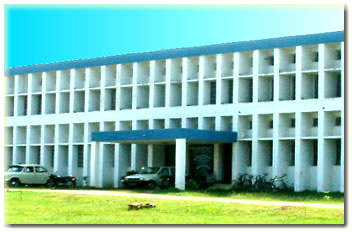 The university department of Bengali was established in 1979. There are six sanctioned posts of teacher consisting of one Professor, two Readers and three Lecturers. There are two sanctioned post for non-teaching staffs, one Asstt., one Peon. Student get admission in M.A. Previous against 100 sanctioned seats. The Department is distinguish centre of learning and culture. Research work has been guided successfully from the very beginning by the teachers of the Department. Regional and National Seminars have been organised from 2001,2009. The Department also houses ‘Sarat Chandra’ Research Centre, which was inaugurated in the year 2002 and one major research project has been completed. A rich Library is asset of the department.